The goal of the Kent State Forum on the City is to observe the current transformations that are underway in contemporary cities and to emphasize the role that design culture plays in the processes of urban transformation. After Milan, Rotterdam, Rome, Genoa, Turin and Città Emilia, the seventh edition of the Forum was dedicated to Madrid, and this choice followed several motivations: one of the most important is that Madrid seems to have emerged from the past 20 years as a leading center in Europe for design excellence.

This cultural and economic vivacity provided some of the main reasons of interest to the Forum: discussing Madrid offers insight on how the creativity of architects, along with the wisdom of politicians and administrators, can help develop new processes of transformations that are able to change the face of a city. In other words, Madrid seems to be the ideal base to explore the potential of architectural and urban design in relation to a city, and to demonstrate how architecture can interact with such a complex reality, and at what intensity.

Madrid is also a perfect case study to reflect upon the rapid transformations of the contemporary metropolis and the crisis of traditional urban planning. We will see how the municipality is turning its instruments into more efficient and flexible tools, which are open to innovation and participation, and able to react immediately to the rapid political, economic and social changes. 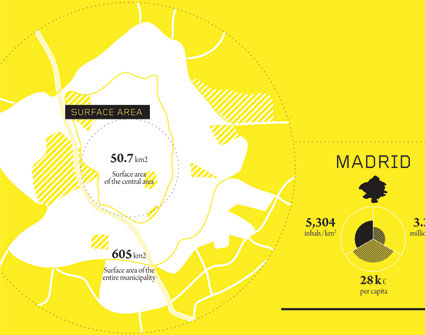 The Forum on the City at Kent State University

The Kent State Forum on the City has been observing, since 2006, the current transformations underway in contemporary cities accross Europe, emphasizing the role that design culture plays in these processes. Primarily conceived for students, over the course of the years it has become a stable appointment open to a dialogue with architects, administrators and scholars keen to observe some of the most interesting phenomena related to the construction and transformation… {Read more} 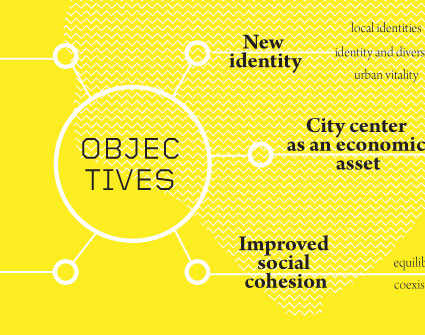 Madrid is also a perfect case study to reflect upon the rapid transformations of the contemporary metropolis and the crisis of traditional urban planning. We will see how the municipality is turning its instruments into more efficient and flexible tools, which are open to innovation and participation, and able to react immediately to the rapid political, economic and social changes. The first section of the book, GRAND MADRID, is thus dedicated to the deep urban transformations… {Read more} 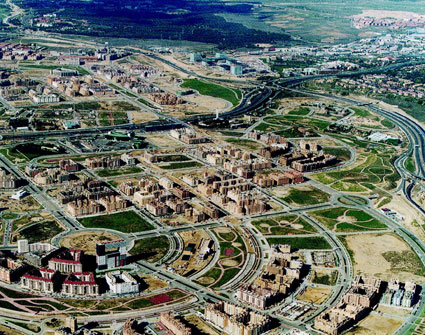 The city of Madrid has undergone a deep urban transformation over the last decades. A comprehensive understanding of this process in a city of over 3.2 million inhabitants and 60,000 hectares of land requires an evaluation of the last 30 years to appreciate the context, aims, achievements and new challenges. The urban policies implemented have shaped three characteristic phases from different dominant visions on politics, the economy and society, and… {Read more} 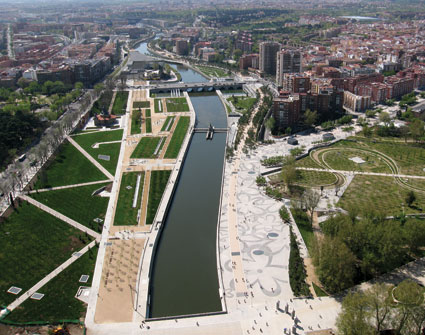 Transforming Madrid – The Madrid Río Project (2005-2011). Making an Artificial Landscape on the Urban Riverbanks of the Manzanares, Madrid.

The Manzanares River in the centre of Spain sits in a basin that is 69 kilometres long, which begins at an altitude of 2,258 metres in the Guadarrama mountain range and ends in the Jarama River 527 metres above sea level. The river crosses Madrid from north to south. {Read more} 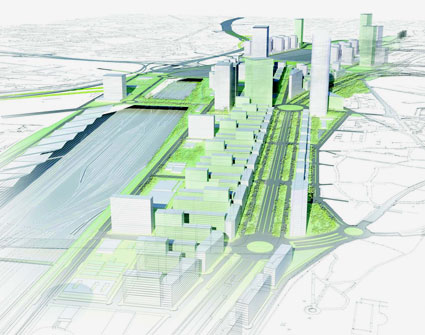 Transforming Madrid – High Rise Planning: Creating a City Within the City.
The Case of the Prolongation of Madrid’s Castellana.

Madrid’s Paseo de la Castellana represents the city’s true Structuring Axis. That is to say, beyond housing basic functions it acts as a communications channel and support for the adjacent built tissue, constituting a vertebral piece of the city’s morphological skeleton and a key part of its mental map, adding comprehension or order to the city as a whole. {Read more} 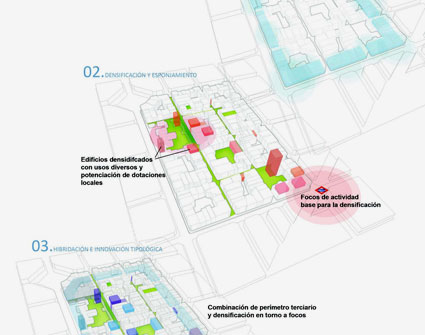 Transforming Madrid – A New Urbanism of Transformation and Recycling

If there is an urban dynamic par excellence, it is change. Change is an inherent condition of the city: a permanent activity affecting its tissues, organs and systems in search of instant balance. The “Central Madrid Project” can be presented as a valuable opportunity to establish a test laboratory for an operative methodology for dense cities undergoing change. This change is not associated with the growth or vanquishing of void spaces, nor the process that builds… {Read more}

As a not insignificant effort for urban planning, the local government of Madrid at the end of the 20th century created the urban figure of PAU, an acronym for Proyecto de Actuación Urbanística (Urban Development Project). As a political mechanism concerning the development of the city, these Urban Development Projects demand some caution even when researchers attempt to explore the complexity of their strategies. {Read more} 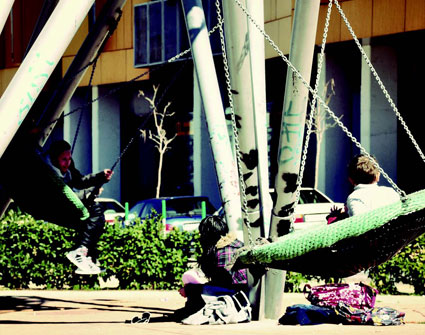 A critical analysis of the public spaces realized in Madrid during the last decade should not prescind from an observation of the disparity between how the central core of the city has been dealt with if compared to the less fortunate, newly built neighborhoods. A disparity which is not at all quantitative, as significant amounts of money have been invested both in the centre and in the outskirts of Madrid (at least until the explosion of the financial bubble in September 2008, an infamous date… {Read more} 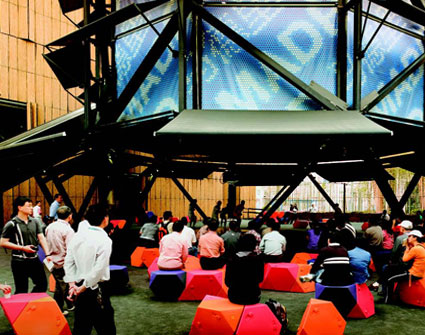 ecosistema urbano is a Madrid-based group of architects and urban designers operating within the fields of urbanism, architecture, engineering and sociology. We define our approach as urban social design by which we understand the design of environments, spaces, dynamics and tools in order to improve the self-organization of citizens, social interaction within communities and their relationship with the environment. {Read more} 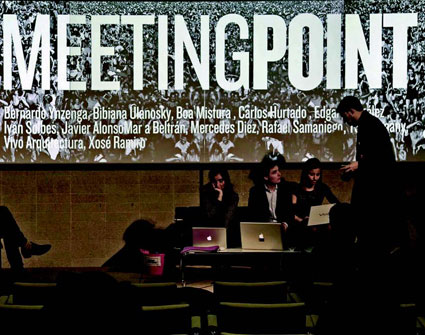 Education, Research and Communication – Madrid Think Tank: The Participatory Channel for Citizens to Define the Future of Madrid

Madrid wants to build its future with the participation of all its citizens. A new society is emerging and its members claim ownership, while offering compromise. This emerging society demands new ways of making and managing the city. In the traditional model characterized by functional segmentation, the analysis, design and transformation of territories and cities have been… {Read more} 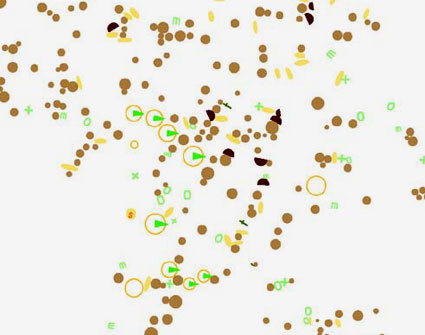 With this text I wish to propose and defend the idea that remapping Madrid is a real necessity. Hence when working on the city, that attitude was at the forefront in both our research project and initiatives within other spheres. Cartography builds a city bringing it to reality; making us see it; making us recognize it. Before cartography the city was not the same. With every new map the city is transformed and superposed over all previous versions. {Read more} 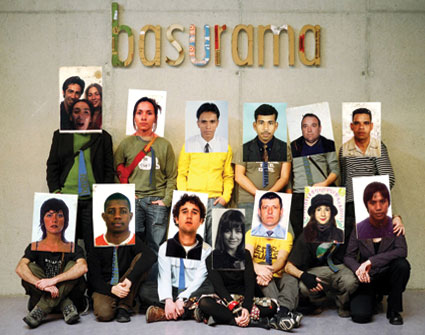 In Madrid, the professional and cultural architectural scene has been experimenting with different emerging processes. In the last few years we have witnessed the growth of urban innovation, ideas and practices developed by groups of architects in close collaboration with professionals from other fields, and with the support of citizens… {Read more} 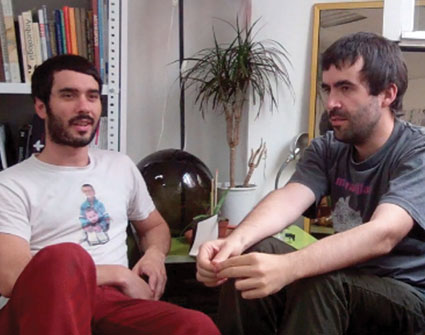 Madrid is a city in constant transformation. Spain, like many South European countries, is suffering the consequences of the economic crisis more than others and this is strongly reflected in the work of the younger generation of architects. As in any crisis, the new cultural, political and economic conditions are reflected in society, driving new ideas, methods and innovative processes. The new generation of architects is called to renew itself, to propose alternative solution… {Read more}